This update is a "big" update for this small prototype I'm trying to doing in spare time. I'd like to share some thoughts on this game,  so maybe this could be useful to someone ( and mee to in the future, of course!)

First of all, this time there is a menu ( copied from my past game, A droid story): 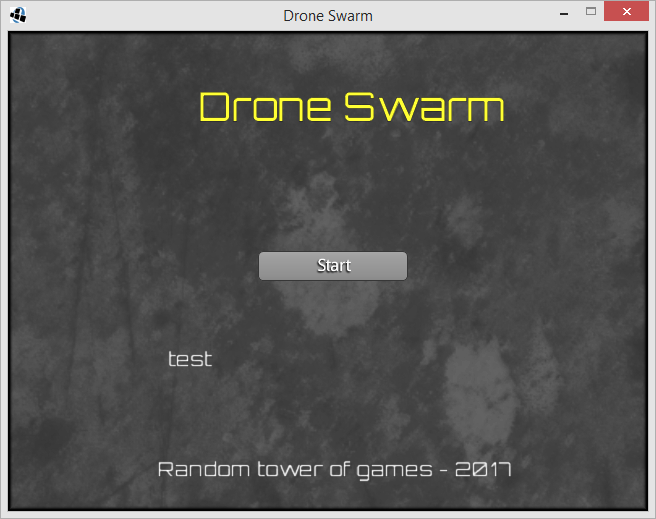 I believe that add a simple screen like that is mandatory for every kind of game, even for a prototype. How many times demos or simple games has nothing than gameplay ? This sounds cool for atmospheric and cool games, but for vast majorities of games a simple start screen should explain few basic stuff like:

As you can see from provided screenshot, I failed on many points, but try to identify where you can improve is the most critical way to improve, right ? So in the future this game screen will have more information useful for player to quickly identify game, controls and identify of the producer.

Bonus: I don't want to follow for now trend to put a "brand" on my games. I'm not part of a software house ( I mean, after work), but on the other side I think a little brand is important for every prototype or game. In the past I've tried a lot of little games or demos and found other work and enjoyment simply following the brand. It's something every developer should consider, but of course require some graphical skill in order to create a proper brand image ( not so banal ). There are a lot of good resources around  to improve on that, if you are interested, just search a little bit!

Go back to actual development, right ?

So after the menu, first presentation of the game for player, there will be a level selection. Nothing incredible same here like the same, borrowed from A droid story. My idea is to follow a levelling system and let player decide which level play from a list, with a twist. Don't let the player decide to play all levels, but force it to always choose between three levels. In this way a single un-balanced level is not blocking and player can find joy in unlock new levels. Something easy to implement, but critical for new players, so win-win, actualy.

After that the core of player experience: the actual game. 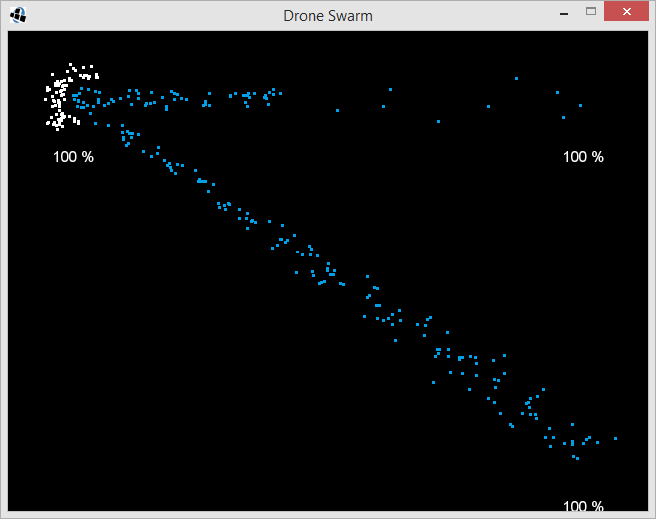 a lot is going on, I mean, at least in my mind!

A lot is going on: player has some stations/planets that generate a lot of little drones. As one friend suggested, maybe only with a Dyson Sphere could be enough energy to create so much drones, but I'm optimistic.

In the game "universe" there are no organic (flesh and bones!) beings, only sintetics ones and player is a sort of AI with specific programming: conquer all and destroy enemies. Stop.

Simple, but powerful concept, sure, but a little bit boring, so I'm working on a twist on that side too, but maybe is too soon to work on that, first work on core gameplay.

But player opponent could do the same, so conflict time!

Hope you enjoyed reading my thoughts on Drone Swarm, see you on next update!