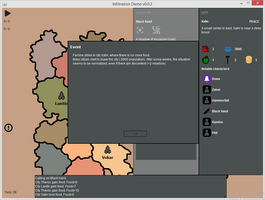 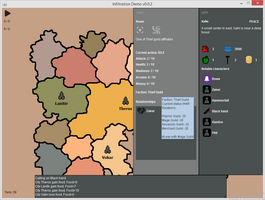 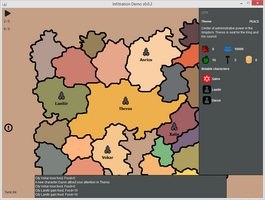 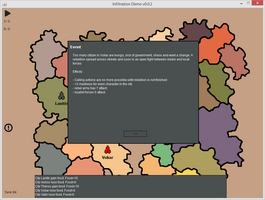 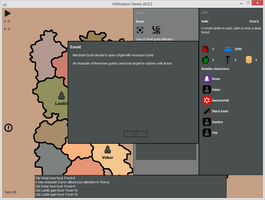 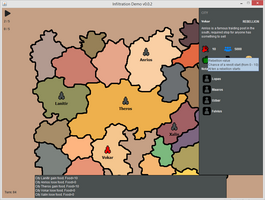 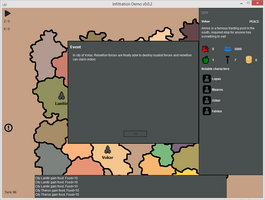 First let me thank all people that has supported this experiment, both on forums and on itch.io ! 14 downloads, thanks guys! For a little experiment like this one, is a great result!

Let's dig a little bit in this version 0.0.2 with some screenshoots!

And start with events notification system on left side of the screen. Now when an event, triggered by player actions or from other actors, is displayed on left side for three turns and when clicked the event panel is displayed. 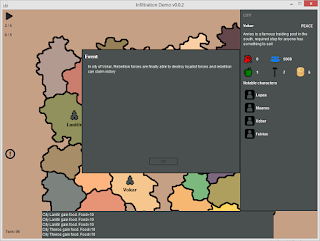 It's a basilar implementation, but now is more easy for player to not miss important events!

So move on faction system.Before this update, faction is just a property for characters player could manipulate. With this update, factions are an actor of the game and has relations with other factions, decide to start or stop a war. Of course player action, in particular character's actions on high madness can impact on faction's relations, so be wise when you play these actions! 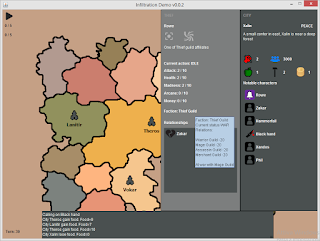 And example on how relations are handled right now. I'm thinking to add a separate panel with all relations in one place, to simplify player view on factions. 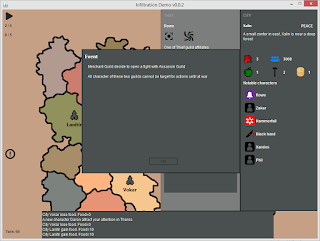 An important outcome of a war between factions is that character of both factions are not available for manipulation, so be aware of that during play. It's fun from my side to plan to focus on a specific character, then move on calling on a city and.. a ware between two factions occur! As player you have to wait and move to new targets, until war ends!

Another little detail I've missed before is to display poi population on poi panel: 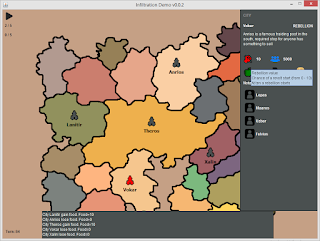 In this screen I'm also highlighting rebellion value, in poi panel and remember that a city in chaos (displayed in red on map) is a perfect place to start a manipulation!

Let me know what do you think of this prototype in comments sections!