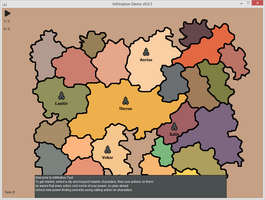 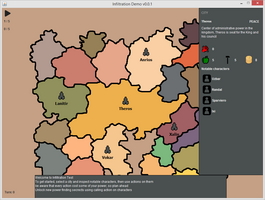 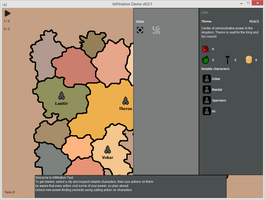 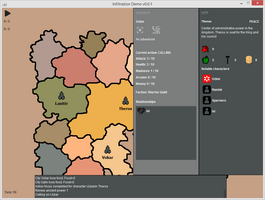 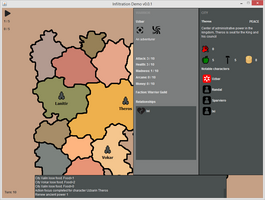 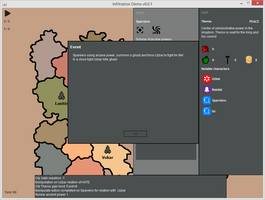 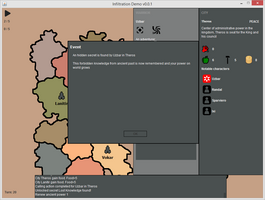 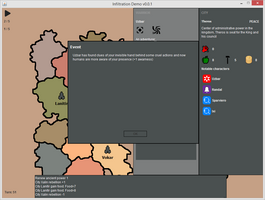 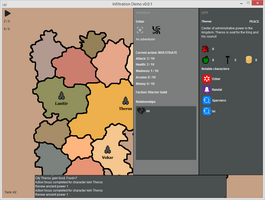 Welcome to this prototype!
So far this is just an example, so if you like it, please follow on my blog: https://randomtower.blogspot.it/

You need to install Java 8 or more in order to run it and works on Windows, Linux and Mac (let me know if there are problems!)

You are not dead, you are not living.. yet.
Aeons ago, in a time before mith, your enemies sigil you in a realm far from reality. Weakened and far from your power, your will simply.. disappear.
One echo, from time to time, hit your dreams. Something called humanity is playing with arcane power and forgotten knowledge, part of you.
You simply awaken and take a look into the world. These "humans" will serve you as puppets in your quest to become powerful, again.

Note: almost everything in the prototype has a tooltip, so move your mouse on top of it for an explanation

This is a single player, turn based game: that means you play solo against computer and every step in the world awaits your command, so take your time and look around!
On top left corner there is the turn button, where you move world to next turn.
Behind it there is the ancient power value: when you get the 5/5, you win. In order to obtain this power, manipulate humans and send them to dangerous quests using your calling action
Behind ancient power there is the awareness level: when hit 5/5, you lose. This awareness represent how much world know about you. This value get higher when characters in the world follow clues you left behind with your manipulations.

On the world map: every province has a city poi (point of interest). If you click on it, you can see detail for every poi.

A city poi has some statistics like:
- name
- status (peace, rebellion)
- description
- rebellion: when is 10, a revolt start and there is a battle between loyalist and rebels in the city
- food: when is 0 a famine start in the city
- production
- money

There is also a notable character list with an icon (when character is focused, you get information about his/her role) and name. This list represent current actors available for manipulation (more on it later).

If you select a character, you get some information.
When you start, not all information about a character are available, so you need to do an action: focus action.

Note: when you do an action, on point of your ancient power are consumed. This power is available again when action is completed.

When focus is completed, you can see more about a character, like:
- role
- name
- description
- statistics
- faction
- relationship
Your objective is to obtain forgotten knowledge hidden in the world, to get more power and break the sigil. In order to do it, you should force with your power a character to follow this quest using the calling action.

After required turns, action is completed and your power grows.

Now, with more power, you can do more actions, in different places, but be aware: every action you made left behind clues, that suspicious character can use to advance global awareness in the world.

To stop them before is too late, you can use manipulation action: select a focused character and a relationship you want to use.
That character will follow this relationship using your distorted powers and result will be determined by character role and madness.

Are you able to manipulate the world, uncover forgotten secrets and rise in this world before heroes notice you ?